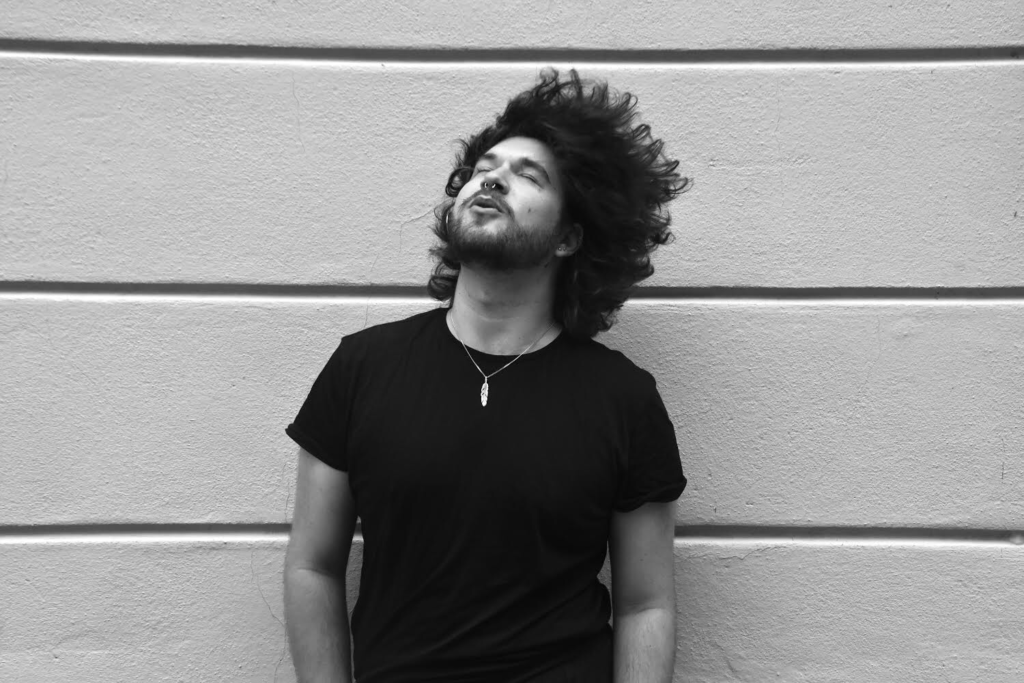 Born and raised in the canton of Schwyz in 1997, the artist Luca Koch can now be heard at events throughout Switzerland and in nearby France. His musical career began with singing lessons with Konrad von Aarburg at the Kantonsschule Ausserschwyz. He then attended the PreCollege at the Zurich University of the Arts, majoring in jazz singing with Marena Whitcher and Anet Zemp. Since 2017 he has enjoyed a first-class and versatile education in jazz at the Lucerne University of Applied Sciences and Arts with Susanne Abbuehl, Lauren Newton and Sarah Büchi. Luca is also supported by the Swiss Study Foundation during his studies.

He has appeared on the stages of the Paléo Festival, Lucerne Festival, Bee-Flat, Zermatt Unplugged, Cully-Jazz and the Zurich Unerhört Festival with a wide variety of projects. His Hip Hop band “Brassmaster Flash” has already played at the Fête de Vignerons, Fri-Son and the Schüür Lucerne, among others.

His art has an increasingly interdisciplinary character. He continues his education in visual arts with Daniela Stolarova-Schmucki and Contemporary, Ballet and Hip Hop Dance in different courses. He was also an actor, singer and dancer at the Estrich Theater Zurich and was active in performance art in addition to music at the Alpentöne Festival 2019.

He is also involved in the Lucerne Theatre production of “María de Buenos Aires” in May-June 2020.

As an educator Luca conducted “Luzern Singt” in 2018, which is part of Tanya Birri’s big choir project. Meanwhile he conducts a male choir in the canton of Schwyz and helps out as a substitute at the music schools of Oensingen and Schötz as a solo singing teacher and children and youth choir leader.

As a freelance journalist, he writes articles for the music blog “Tones ‘n’ Tunes” at the Lucerne University of Applied Sciences and Arts and has been editor and presenter of the programme “Samstig Jatz” on Radio 3FACH since January 2020.